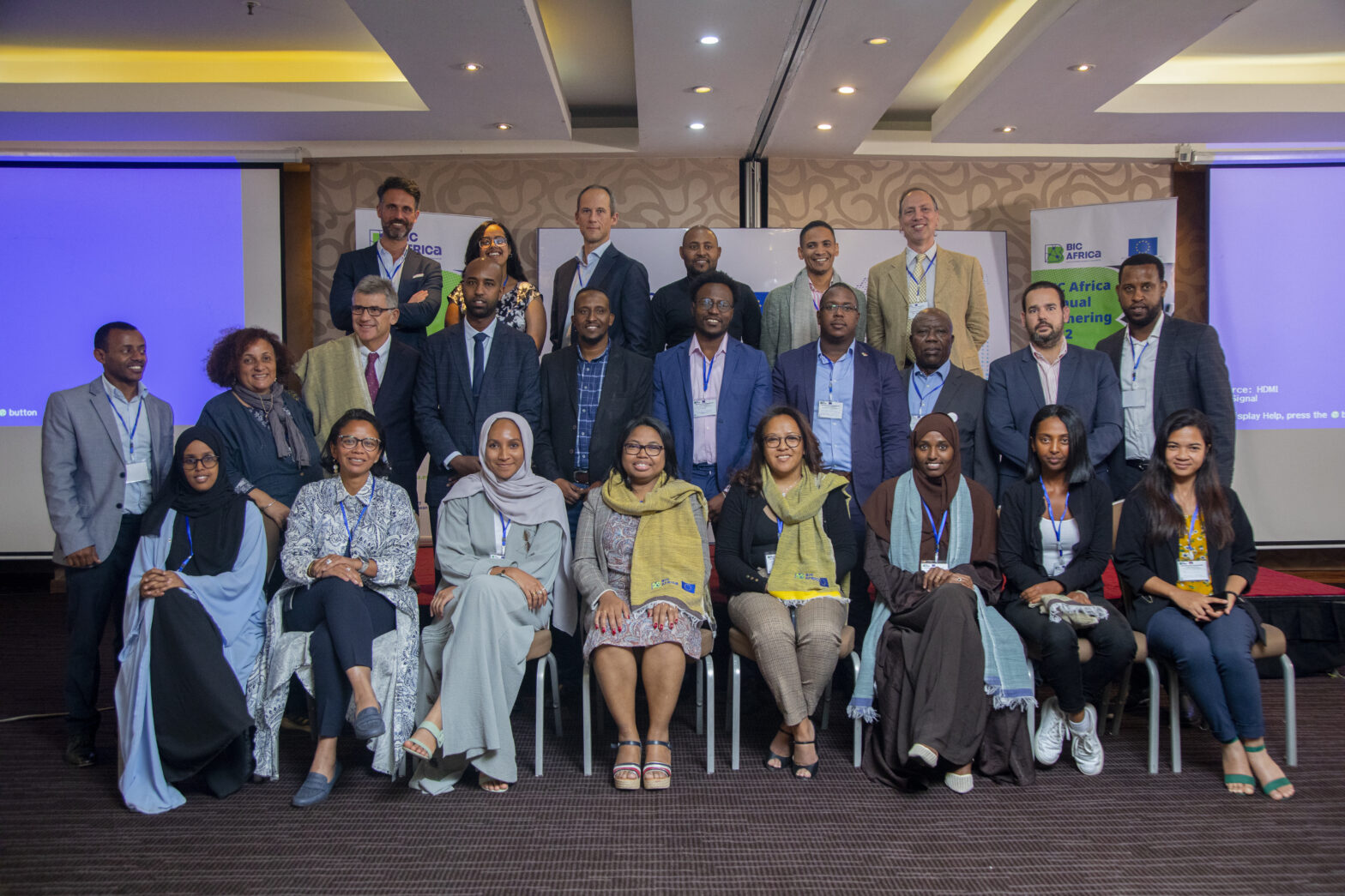 On the 17th of November 2022, the first edition of BIC Africa Annual Gathering 2022 was held in Addis Ababa, with a focus on  “Connecting African Business Incubators”. In this flagship event, more than 100 relevant actors of the innovation and entrepreneurship arena from the BIC Africa project countries (Angola, Ethiopia, Madagascar and Somalia), Comoros and Europe attended the event in person. BIC Africa is funded by the European Union.

The event was officially opened by Eduin Matta Castillo from the European Commission and by Robert Sanders from EBN with the introduction of the BIC Africa project followed by the presentation of the Angola, Ethiopia, Madagascar and Somalia country projects, by the European Union Delegations (EUD) and by the local implementing partners. They presented the current state of play in each country’s project and the major upcoming activities for the next year.

The annual gathering brought together a panel of esteemed senior-level decision-makers – both from the government and the private sector, business incubation and acceleration experts, start-ups, MSMEs and entrepreneurs with a particular focus on the Ethiopia ecosystem.

In the second part of the programme, two panel discussions and Q&A sessions were included. The first panel was on supporting the ecosystem in Ethiopia with a specific focus on the BIC Ethiopia project and other similar initiatives (such as GIZ “PSD-E”) that are currently supporting business incubators in Ethiopia. The panellists presented and discussed how they are complementary they are to support the ecosystem.

The last panel included speakers from the Ministry of Innovation and Technology – Ethiopia Selamyhun Adefris, private investors – Addis Alemayehu and Bernard Laurendeau and from the start-up community – Inkutatash Seid and Lidya Woldetinsae where they examined the policies to support MSME creation in Ethiopia and the priority actions needed to harness the youth and female entrepreneurs’ potential for job creation and economic growth.

The event showcased the role of regional collaborations and facilitated exchanges in the innovation and entrepreneurship arena in Sub-Saharan Africa, to drive innovative start-ups across, focusing on youth and women. Moreover, the participants had the chance to connect for future potential collaborations and leverage unique mutual understanding.

We are thankful to DG INTPA, the EU delegation to Ethiopia, the BIC Ethiopia project and everyone who has joined us in person, and in particular to all the speakers who shared their hands-on experience and address the questions from the participants.

Previous article
Back to the news
Next article

Interested to learn more about the latest developments of BIC Africa
and Stay Informed? Sign up for our newsletter.

Manage Cookie Consent
To provide the best experiences, we use technologies like cookies to store and/or access device information. Consenting to these technologies will allow us to process data such as browsing behavior or unique IDs on this site. Not consenting or withdrawing consent, may adversely affect certain features and functions.
Manage options Manage services Manage vendors Read more about these purposes
View preferences
{title} {title} {title}